Just popping in quickly to share my latest read,
"Dear Edward" by Ann Napolitano.
A beautifully written novel about twelve- year old Edward, who is the sole survivor of a plane crash. The crash took the lives of 191 people, including Edward’s parents and older brother.
Now living with his aunt and uncle, Edward is faced with the daunting task of recovering physically, mentally and emotionally. This story follows Edward's coming of age journey, as he copes with the aftermath of the crash. Woven throughout "Dear Edward" are the stories of the other passengers on the plane, from the beginning of the flight until the moment of impact. It's a heartbreaking read, a masterful study in suspense, grief and survival. 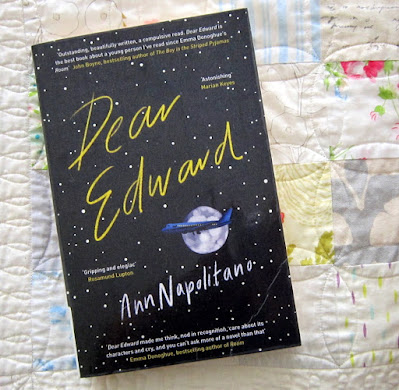 You may need a box of tissues handy.
Until next time Linda
Posted by Linda @ kokaquilts at 15:45

Thanks so much for taking the time to leave me a comment. I love to hear your thoughts.
For those of you who are a 'no-reply' blogger, I will respond within the comments section, so please do check back if you've asked a question or wish to chat.
Happy sewing!

it's not a quilt until it's quilted #1

I dedicated a bit of time recently to giving my WiPs some focused attention, mostly to try and finish up a few things. I made up some ... 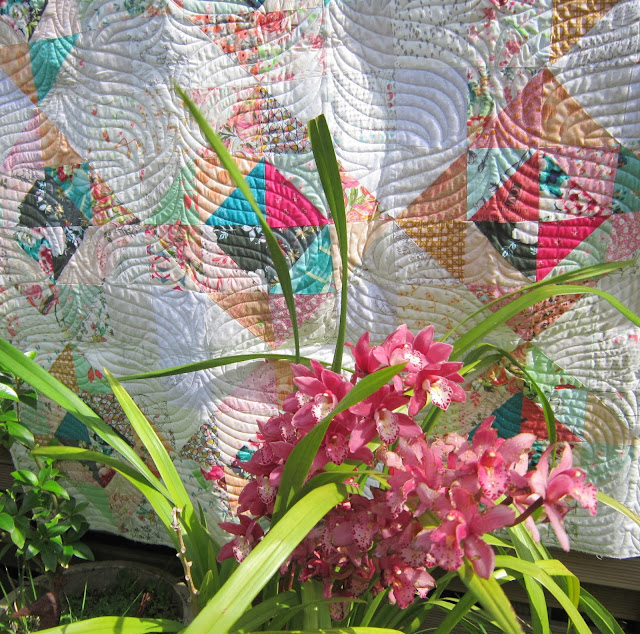 My 'pieces of my past' quilt was featured here